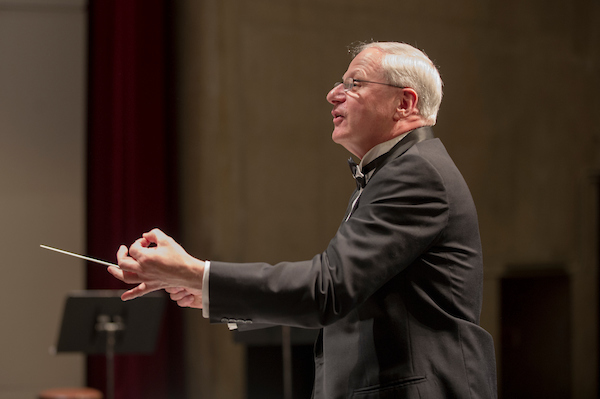 Allan Taylor conducts Hampshire Choral Society’s presentation of The Creation by Franz Josef Haydn on May 19, 2019. Photo by Jon Crispin

Allan Taylor has been the director of the Hampshire Choral Society since 2001. During his tenure, he has conducted an eclectic mix of both well-known and seldom-heard compositions from the choral repertoire, including works by Bach, Mozart, Handel, Haydn, Bruckner, Brahms, Poulenc, Mendelssohn, Duruflé and Franck. Under his leadership, our reputation for musical excellence continues to grow. 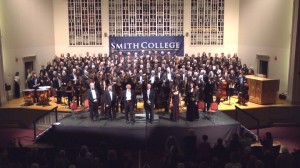 Mr. Taylor earned the BA degree in classics at Trinity College, Hartford, where he studied organ with eminent recitalist Clarence Watters. In 1988 he entered the graduate program at Smith College, where he held the Early Music Fellowship and studied harpsichord with Lory Wallfisch. He earned the Master of Arts degree in music in 1994, and did his thesis on settings of the Magnificat from the Eton Choirbook.

Mr. Taylor is an adjunct professor of music at Westfield State University, where he teaches music theory, conducting, and music history. He is also the Minister of Music at First Congregational Church, Westfield, a position he has held since 1987. He was the director of Novi Cantori, a small concert choir which he conducted for 20 years, and he also directed the Greater Westfield Choral Association from 1987 to 2006.

Mr. Taylor performs on the pipe organ, harpsichord, and piano, and he has appeared as guest conductor with the Farmington Valley Symphony, Arcadia Players and the Pioneer Valley Symphony. He is a lifelong resident of the greater Springfield area, and lives in Feeding Hills with his wife Kirsten.